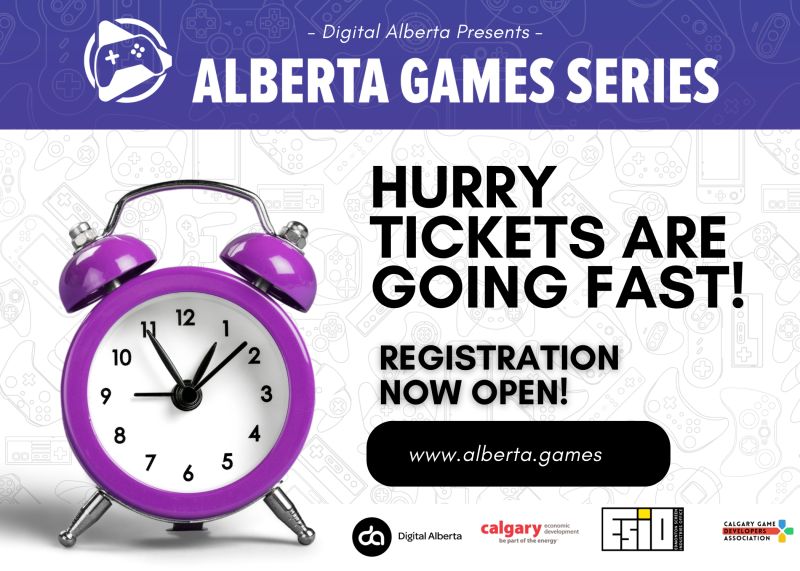 Digital Alberta is proud to announce the first installment of the Alberta Games Series, happening December 15 – 16, 2022 in Calgary, Alberta.

The Alberta Games Series is a cross-province event from regional ecosystem partners such as: Calgary Economic Development, Edmonton Screen Industries, and Calgary Game Developers Association. A second installment will be hosted in Edmonton sometime in 2023.

This unified, in-person event is designed to bring together all levels of our industry for two days of programming and networking. Featuring international and Canadian speakers, breakout sessions, and of course, a party

If you have any questions about Technology Alberta please email us: